We are all Narcissus (part 2) 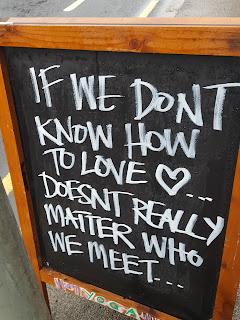 Narcissus was about 15 when his adoring mother asked Tiresias, famous for his prophecies, if her son would live to a ripe old age. Tiresias answered in his cryptic way, that old age was within reach if the boy would never recognise himself. Otherwise put, if he would remain totally oblivious of his own appearance.

Why was the mother so keen on probing the future? Was she anxious that her son’s beauty would give rise to jealousy in others, potential rivals in a girl’s affections? This seems to be the most linear explanation, but something is missing.

Did the mother keep the boy away from anything that would reflect back his image? Ovid’s Metamorphoses do not provide any clue. All we know is that Narcissus kept rejecting any amorous advances, spurred by an ego that could not find anyone satisfactory enough.

Hubris never went unpunished in the Classical world and Narcissus was no exception. At the end of a hunt, his thirst made him stop by the clearest of spot of water that had ever existed and as he leaned forward to drink, he saw himself in all his beauty, and instantly fell in love with his own image.

The passion that engulfs him cannot be consumed, as he is is now in love with the unsubstantial, the ephemeral, the photo.

Does he know it is himself he is thirsting for? Again, Ovid keeps this question unanswered, as if curiosity is wholly out of place at this moment.

Lack of awareness does not mean that the prophesy has not come true. Death comes early and beauty dissolves in raging grief.

Maybe that’s why so many people look at their own photo and do not fully recognize themselves, or accept the image as such. Who ever wants to share the fate of Narcissus?

Either honestly, when the photo is too contrived, the make-up laid on too heavily and the lighting cleverly chosen, or lying if it is a clear genuine snapshot, rejecting resemblance is a survival technique.
No one wants to die young.