The Virus (not a computer one) 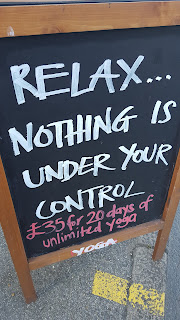 If a 4-year old can ask a parent who has just sneezed :"Have you got the virus?", something has definitely changed in the world.


The new player on the stage ( I know, Shakespeare has said it before, "all the world's a stage"), this new player is terribly feared and ferociously pursued.

It's both fast and  evasive, it carries no ID (do scientists know something we don't?),  it can kill. It does kill and maim.

For short, more than just a bloody nuisance. Fleeing communism or fascism or any -ism used to involve crossing some form of physical border, risking life and limb.

No point anymore in viewing the other side of any border as a safe space.

The Virus has made sure old perceptions have become totally useless, even dangerous.  It loves ridiculing us, the whole lot.

Take that "There's safety in numbers".  Gotta be joking, no?

Is it still true that "No man is an island "? (I know, just quoting John Donne, full poem on this site.)

Not true. Everyone is and has to stay an island till the Virus has either completed its karmic cycle or it's beaten back by the Vaccine.

Writers have a very difficult task ahead.  They can write ad nauseam (I know a bit of Latin too) about the V-factor. They can revive Romanticism or other literary Golden Age. They can just devote a lot more time to reading than writing.

Which one will prevail?

November 27, 2020
They are usually buried deep in official statistics folders, far away from awareness.  Death figures are not something anyone likes looking at on a regular, let alone daily, basis. Not even actuaries, presumably. It changed with Covid-19 (why 19 when the pandemic started in 2020, but that's another question). Daily death figures are everywhere. They do not make comfortable reading, listening to or talking about. For anyone who lost a relative or a friend, they are horrifically painful. If not, fear for one's own fate is a powerful enough trigger. Starting with the ancients, not just classical Greece and Rome, death was a topic to ponder and draw wisdom from. Every thing that was left undone, all the words that could have been spoken, the impermanence of life, they were brought to the forefront of consciousness, or so we like to think. It's not modern philosophers who invented "Memento Mori", nor are these two Latin words widely quoted. How could they be? They are
Post a Comment
Read more