Venus should listen to Mars and vice versa

What an opportunity these days to cure ourselves of the confirmation bias! Sharing the same views with someone else can be a source of comfort.  Too much of it leads to mummification.

Naturally, it feels good to be part of a group, it's in our genes. No one would deny that. Apart from families, there is some strong solidarity manifesting itself among people belonging to the same generation or football club.

Does it matter they can have more men than women, or the other way round?  Same as families,  any socially formed  groups are not less of a club or association if one type of chromosome combination is represented in greater numbers.

On the internet, new types of communities spring up all the time. Gamers, baby boomers, entrepreneurs, real and fake gurus, you name it.

Choice is enormous. Do men and women gravitate towards one genre or another? Podcast, video, blog? Lecture or dialogue?

It's hard to say, still early days, but there is one distinct advantage in the new digital reality. Men and women alike can join a community without going through the pain of old-world introductions and connections. They are able to take advantage of acquiring now a virtual persona.

With the exception of paid memberships, lots of online groups are truly open by sole virtue of being online, not in a building with doors and locks.

Nothing prevents a suave old lady listening to some strong-language podcast with a male host or a misogynist watching top feminist YouTube channels.

It's not always  a comfortable exercise and at times it may cause a rise in blood-pressure. Hard to deny though that there's a real treasure trove of information in the new open world. There will be things never learnt from parents, friends, books and movies.

If Venus listens to Mars and vice versa, who knows what truths may be revealed?

Dogs and humans, not all what it seems. We take a wolf at heart and spend lots of time and energy teaching it to obey and react to commands.
(To be more historically accurate, the 'taking' happened a long time ago, and it succeeded, so very different from cats.) We are prepared to downsize our vocabulary to a few words in order to achieve that.  We literally put up with shit.  All in the name of training, while the true purpose looks more like having a totally obedient living being under our control, one emitting apparent devotion.  In humans it’s called the Stockholm syndrome.  Even the basic freedoms of sniffing and running are restricted anywhere near human habitat. It takes a trip back to the wild to allow the dog to be itself.  At lea…
Read more 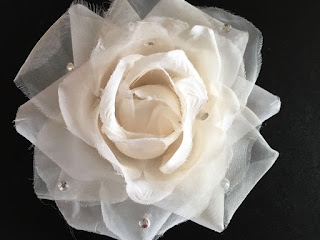 
If there is a drawer that very few people dare to open, let alone examine its contents, that is the drawer of our looks. The real physical appearance, not the glos…
Read more

November 26, 2009
Holding my breath on the edge of a language precipice, what a way to plunge into writing in anything else than my mother tongue.
Mr Ambrose Bierce, would you like to have written "The foreigner's dictionary?"
Read more