The mind jail in total lock-up 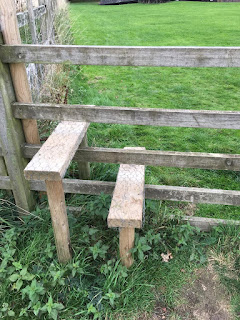 You've heard it before: master your emotions, keep the lid on random thoughts.
Is it good advice? I think it is.
The idea of thoughts and emotions being some kind of inimical entities under close supervision was at first dismissed as too New Age, liberal, self-indulging theory.
After all, who has got any time to stop and think if they are doing something that requires total focus?
This applies to both physical and mental labour, including the one needed for giving birth.
Agreed, there is not much room left between this kind of real activity and the rest of the world, with all its distractions.
Focus is the saving grace, provided nothing changes. As soon as there's a technological leap and things get easier, there would be less of the old type of focus, would it not? Washing or toiling the land was a day-long affair.
When it stops being so, is a door being opened to emotions and thoughts that would have otherwise stayed silent?
In ancient Greece, different schools of philosophy spoke about psychological intrusions of man's own making.
Nothing new here then. The difference is that they did not have this new wholly new
world that goes by the name of  www.
But that's another story.