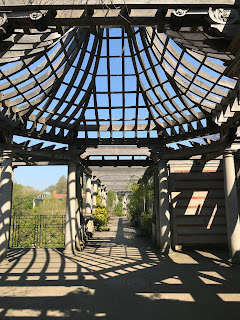 Linguists, not in your sweetest dreams has such a golden opportunity come your way.  Owners of PhD in social sciences, rejoice. This is your time, so if you want to advance your research, stop procrastinating.

If you have not done it already, sign up to as many social media platforms as possible and watch the world go by.  Up to now, if you wanted you investigate how people truly communicate when they are angry or upset, you'd have had to carry out an experiment, recruit volunteers, set-up the environment and then pray that they act genuinely. Otherwise, it's been listening to individual stories and trying to identify a version closer to truth.

Trading insults between four walls has always been part of domestic life. Insults directed towards strangers, out in the open world, have been around for ages too, and at times there were some consequences.  Remember the Three Musketeers' famous duels?  Generally, the human mouth is not always emitting nice and pleasing sounds. On balance, pleasantries are much less frequent.

Sarcasm, irony, biting remarks, quick jabs, they are also part of our linguistic weaponry, and so is humour. If anyone says that they never said something and then had to quickly add "it was just a joke", they either suffer from amnesia or are lying. Barbed comments are notorious for generating arguments.

There has always been a space though where such comments, aimed at no one in particular, where almost anything went. From classical to modern times, there has been a tacit understanding that a show, a performance, a spectacle is an event limited in time and space. More importantly, that it has a ritual character.

Comedy and tragedy elicit powerful emotions. As a rule though, people would go to the theatre or watch shows in the full knowledge that it is a performance contained by its own conventions. Paying for a ticket is one of them.

Something changed at the end of the 20th century and we are still oblivious it's been a sea change. "The fourth wall" has collapsed. What used to happen between four walls, in an amphitheatre or in a square and requiring a physical presence, is now happening for anybody who cares to connect to the Internet. It's just that this instant connection is not accompanied by that 'suspension of disbelief" that comes with the first step taken through, for instance, the doors of a theatre hall.